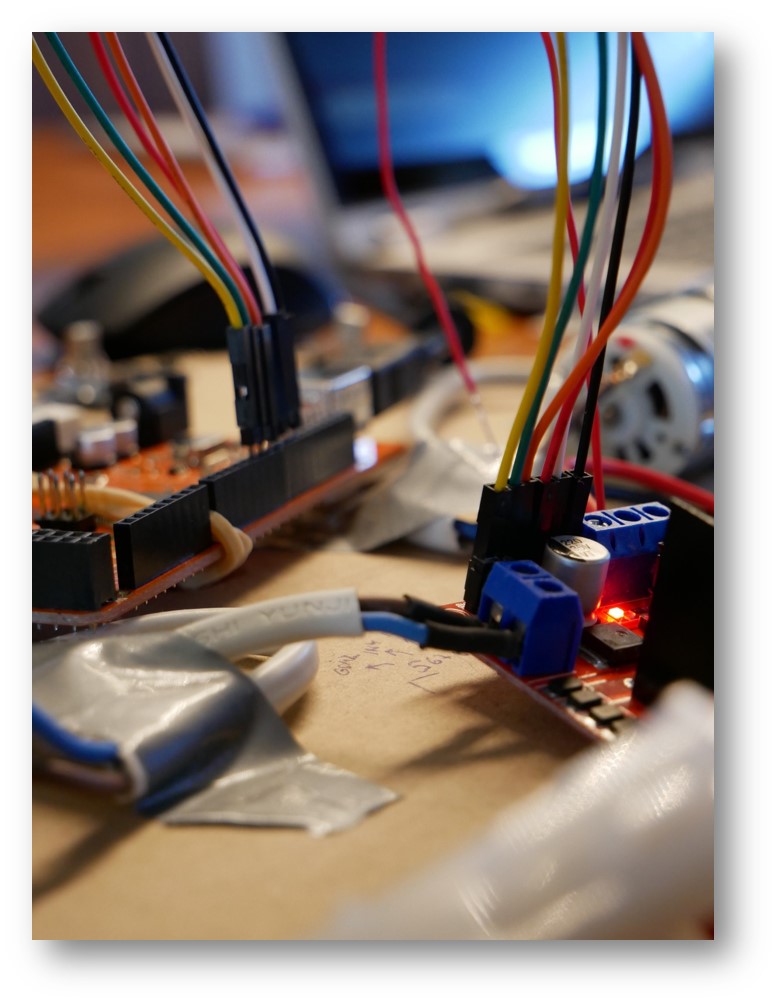 The time has come, the school year and thus the season 2020/2021 is coming to an end. To end the last one and a half years on good terms a friendly match between surrounding institutions has been supervised by a jury from the TU Munich. Our team was one of the participants. We showed up at the final meeting, which due to the current pandemic took place online. Those were the two robot we presented:

Unfortunately, the final meeting was held online, but we were still able to present our robots with some pictures and videos and we had the opportunity to see the achievements of the other teams.

We are proud that we were able to demonstrate not only one, but two working sumo bots fighting each other. As we were the only team able to display a working(!) robot at all, we were especially proud of our rookies who managed to build their robot during this season!

We can only implement our projects with the continued support of the following partners: